From the Editor's Desk

Two years ago we witnessed a very special wedding! How the country rejoiced in a very spectacular spectacular and we must say Happy Anniversary to Mr and Mrs Windsor. The dress, the styling, the guests…we all watched with delicious interest and joy.

This prompted me of a headline I read in a daily rag the other day…’A book to frighten the life out of the Royal Family: Meghan Markle kept a diary of her time in the UK’. I just cannot stay in quiet contemplation anymore, I need to say something…

Let us rewind back to the start of this (not Harry and Meghan) with Charles and Diana. When their engagement was announced we were all delighted! How wonderful that our to be King was getting married (to a young lady who was of noble blood and seemed very shy but we assumed this was due to the huge amount of media interest suddenly thrust upon her). This was the ultimate fairy tale, a royal marriage, one that would produce an heir to the throne. A beautiful wedding and their lives began, no-one (even the royal protocol team) could have prepared Diana for what was to come and it is fair to say that anyone would have found the level of interest in her life excrutiating. We all stood by and watched over the years the birth of their sons William and Harry and how the marriage fell apart before our very eyes. 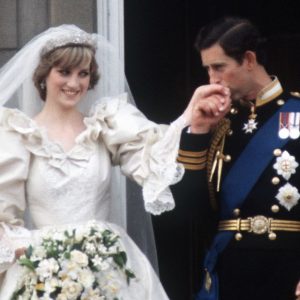 The news of divorce came, not unsurprisingly, but eyebrows were raised and accusations were made but Diana did her very best to ensure her children were shielded from the increased media attention, even though it was obvious to the world that she became the ultimate prize in editors eyes, as she was hunted from morning to night. We know she staged some of the pictures but this was her way of dealing with the attention, maybe she hoped one great picture would allow her some private time, that she would be left alone. The ultimate price was paid on that fateful night in Paris. I remember waking up to the news and seeing a picture of Mother Theresa and thinking it was she who had passed and then the terribly realisation dawned.

Over the following days the country was consumed in grief. Criticism of HM The Queen of the handling of the situation felt unwarranted, she was after all a grandmother protecting her family and in a manner becoming of the institution she is part of. Our hearts broke watching William and Harry walk behind her coffin, and here is the crux of it….when Diana died we all assumed a moral responsbility to uphold her views in how she wanted her boys raised. Respectful of the family and commitment they were born into but also to have the freedom to do what they want and grow up with a more common understanding and enjoyment of life.

Let us move forwards a few years, William found his Kate and whilst their journey to marriage had a little bump it was certainly a glorious day when they married at Westminster Abbey in April 2011. We all shared in that proud moment even though we are not his mother, it felt like we had all put on our best bib and tucker and watched one of our own walk down that aisle. What a wonderful couple they are, they are the future of our monarchy and have found the balance of raising a young family with royal duties. They make us feel safe, they make us feel normal and we know that the future of our country is in excellent hands.

Let us get to Harry! Harry has always been the naughty one, the joker, the one who pushes boundaries. He had the advantage of being the spare heir and to an extent could do exactly what he pleased. This cheeky happy loved the media attention, loved doing what he wanted. He joined the army, he wanted his own career and life away from the constrains of the palace. Again that pride from us as a nation was overwhelming, here was Harry who despite having to deal with such loss at a young age branching out on his own. He went places he should not have, missions that he insisted in being involved. He also did naughty things too, but I think what happens in Vegas should firmly stay in Vegas! 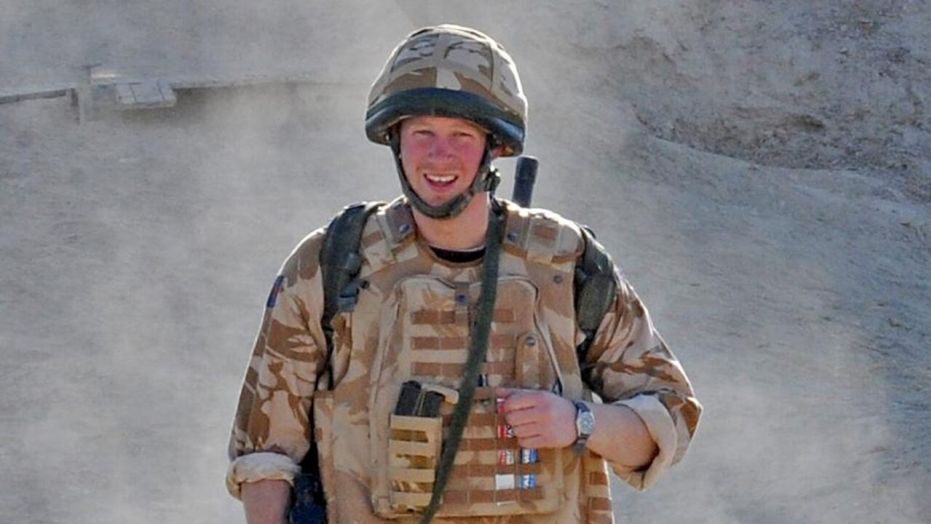 Not only did he have a successful and heroic military career but he campaigned with his brother for mental health awareness, charitable work and launched The Invictus Games. Harry became our hero and with his dashing good looks and playboy attitude he could be who he wanted to be. William, Harry and Kate became a formidable team, the future of the monarchy look safe and secure.

Harry finds a bride! Let us be realistic he was never going to settle for just anyone was he! It is like Prince Rainier of Monaco and Grace Kelly – Harry meets Meghan and the rest is history, or not. This is where media seriously went off the ball. Everyone was happy for them. The country were genuinely happy that Harry had found his own princess, his own fairy tale. The wedding was beautiful (despite rumours of a falling out before with Wills and Kate, surely this was just a brother looking out for another, best intentions and all that). As a nation we embraced this new power couple, we had the fantastic four! 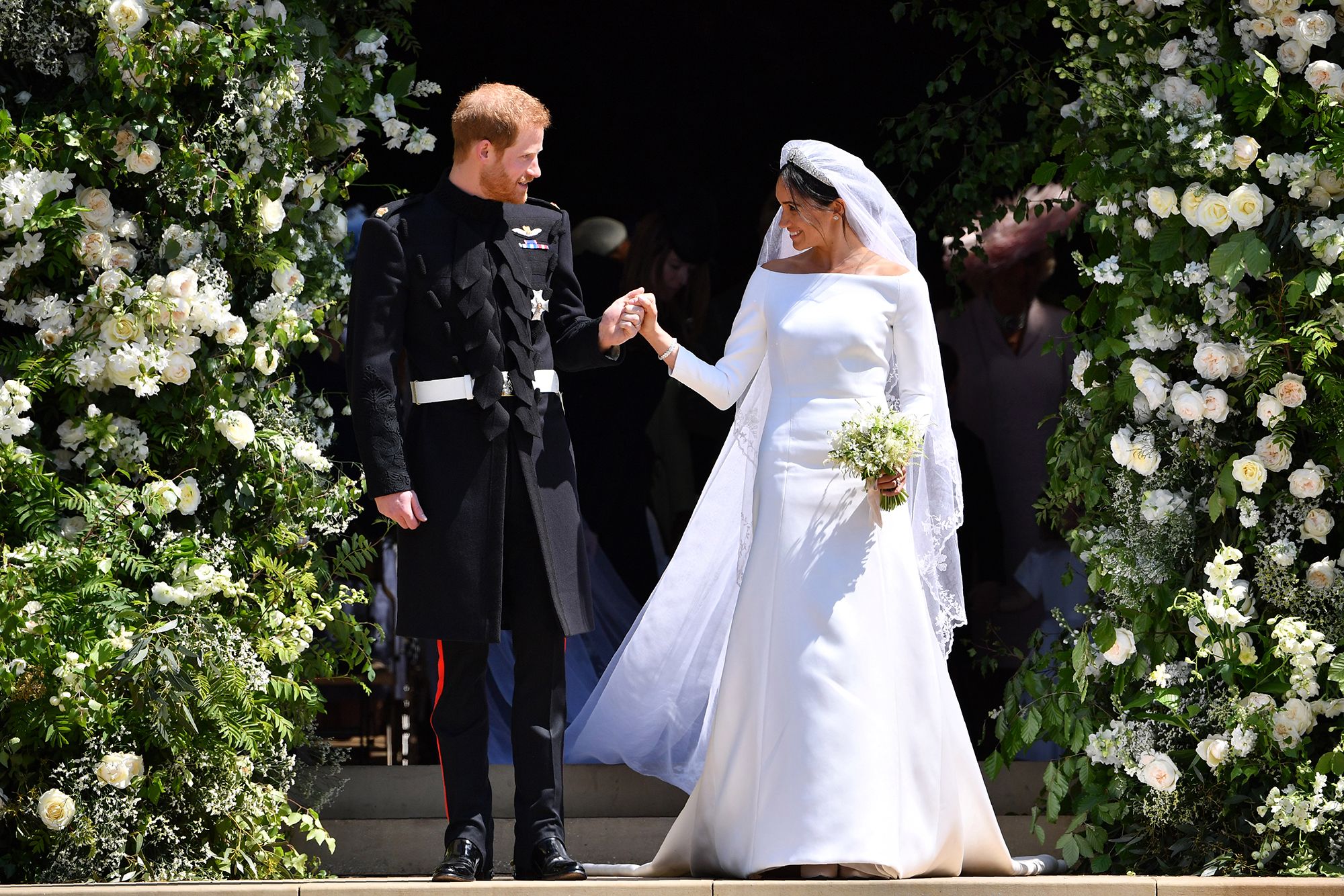 How did things turn so sour? Media was rife with stories of Meghan being separated from her father and that received a fair amount of accusation and mud spilling but we were 100% on her side, we all know how families can be. A pregnancy swiftly followed, again a time for happiness and hope for a future with our new younger monarchy (to be fair all of them Beatrice, Eugenie, Sophie etc have upped their game and have paved the way for a new modern monarchy, not so constrained by constitution). News soon swarmed of a falling out between these two couples, a move from Kensington to Windsor to enable a more private life in which to raise a child.

It became increasingly apparent that all was not well, Meghan felt victimised by the press and again in her defence they did seem to criticise everything she did. If Kate did something it was applauded, if Meghan did something it was savaged. Have the press learnt nothing? Did they not think that printing such things would not be hurtful. The royal household should have stepped in but Harry took on the task and swiftly issued stern warnings from his own PR team. The news that they wanted to leave took us all by surprise, had it really become that intolerable that they felt this was their only option?

This seems like a lose-lose situation at the moment. The nation and family are visibly devastated that they have taken this action and moved to the USA. Looking at pictures Harry doesn’t look too happy in his new surroundings, maybe it will take time for him to adjust. Meghan is getting the blame for taking our hero away from us but this is a decision they made together, they feel it is what is best for them and baby Archie.

I hope it is not too late for the family to reconcile and be as one again. William and Kate are showing the world the face of a new monarchy and there is no reason why this platform cannot be shared by Harry and Meghan whose philanthropic attitude is a breath of fresh air. They have every right to live their lives as they wish but when I read that headline this morning it was an alarm sounding in my head. Meghan please don’t sensationalise what has happened, we know you had it tough and you have every right to put your point across and be heard but if this book is a dagger in the crown there will be no coming back, no potential for a happy united monarchy.

I hope I am wrong and this book Finding Freedom is more about how she and Harry feel as a couple (it is obvious how much they adore each other and Archie), focused on their lives and how moving forwards they will be supporting more charities and empowering the world. I am fearful that this fairy tale will quickly become vilified if a book is released pointing more fingers than a petulant child.

The lesson we learn? Don’t leave it too late to do something. If someone is hurt, feeling isolated, feeling low then don’t wait another day or hour. They felt they had no option but to cut and run, we should have done more to show how much they were loved and wanted. They are the future of the monarchy alongside William and Kate and maybe one day they will return. It just doesn’t seem right without them.

From the Editor's Desk

The Wonders of the Human Body

From the Editor's Desk, Lifestyle