“What? They’re coming to Chesham!”, is the usual reaction of most people, when it comes to announcing a mainstream act or someone “off the television” will be performing in Zone 9, to a crowd of 300 lucky locals. 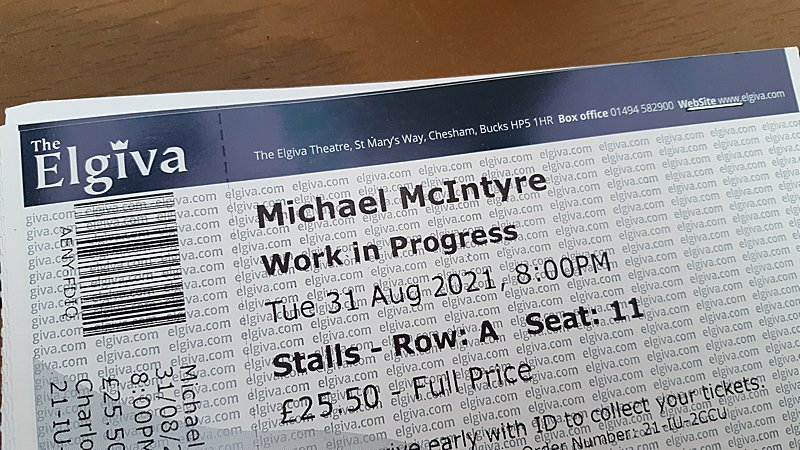 The response to Michael McIntyre was no exception and unsurprisingly the seats were snapped up in the same day they went on sale at The Elgiva, on St Mary’s Way, Chesham. As a Love Elgiva Member I was lucky enough to get priority tickets.

Behind the face masks, the lobby and bar area of the theatre were awash with positivity and expectations. For some this was their first proper night out in a while, and for others it was a chance to see someone famous right on their doorstep. McIntyre is no stranger to Chesham as he started the circuit in small theatres and claims to have come up with some of his best early work while performing at The Elgiva. Nowadays he’s working just up the road filming BBC’s The Wheel in the studios at Bovingdon Aerodrome.

We took our seats. The lights dimmed and the support act was announced. Paul Tonkinson. I gave a yelp of joy – another one from the tellybox and stalwart on the comedy circuit, even making an appearance once or twice at Chesham’s own Comedy Club. He assured us the main act was in the building and it was going to be a top night for all. 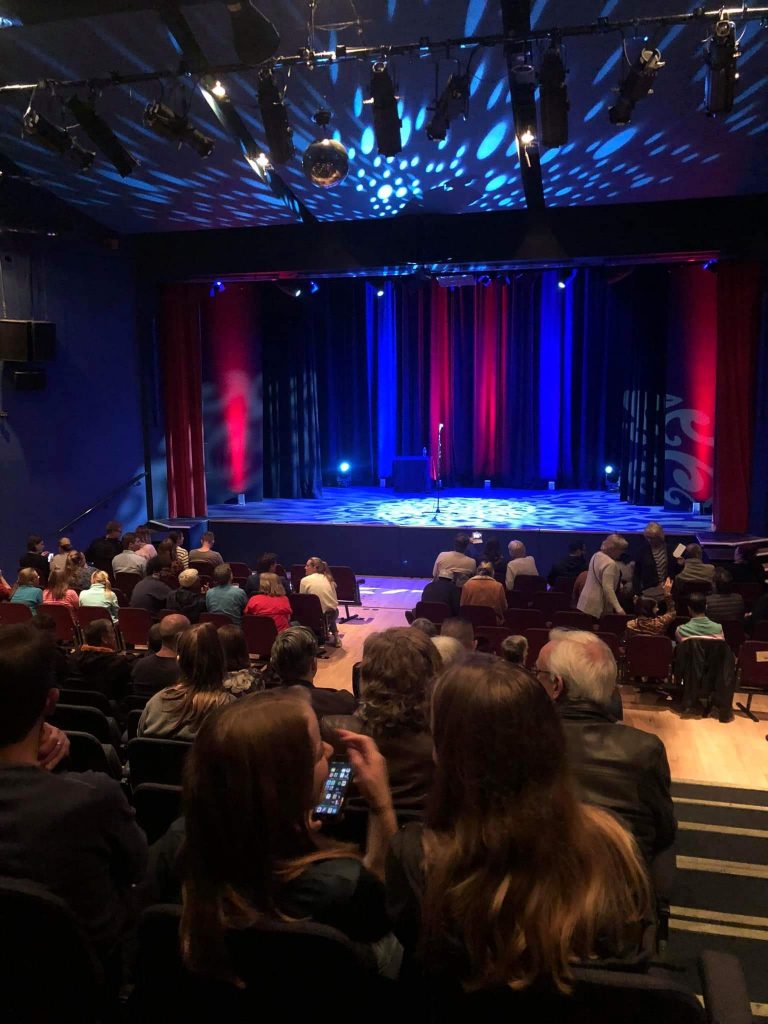 Unsurprisingly the Pandemic was top of the agenda, with most comedians being unable to perform live for almost 18 months. Tonkinson was no exception and clearly excited to be out of the house and performing again. He could not handle doing Zoom Gigs during lockdown – so opted for unsuccessful Door-to-Door performances instead, so he claimed. He crammed a lot in for 25 minutes, with facemask etiquette, talk of his wife and adult children, an amusing ski trip and how the different nations tackle the mountain slopes. He was certainly entertaining and warmed a crowd that didn’t really need it – but it was still nice to be given that extra cosy nudge.

The interval came and went and the lights dimmed once more, and there he stood in the spotlight, suited and looking exactly like he does when he is on our TV screens- Mr. Saturday Night himself. He really needs no introduction. Like many comedians at the moment, Michael McIntyre is prepping for a larger tour, so he is visiting the smaller theatres to try new material and hone the gags that seem to be working. Despite being armed with sheets of paper, he hardly referred to them during his performance.

As with his support act, the pandemic has given McIntyre plenty of material from lockdown, and had the audience lapping up the tales of a disastrous corporate Zoom Gig to a newfound appreciation for the Amazon delivery man, bad haircuts, and how his weight gain had passport control mistaking him for two people. The audience was all too familiar with the many topics and happy to indulge him and laugh at the light hearted side of the past eighteen months. Who wouldn’t? As this was a pre tour show at only 65 minutes long, the time really did fly by with other topics such has his two boys, now teenagers and all the fun and angst that brings, along with being an embarrassing parent. Work in Progress was the title of the show. Did we see much progress? It’s already looking to be a pretty polished act for the upcoming tour. Was it really work? Not when he made it look so easy and was clearly enjoying himself, and the audience was happy to just sit back and go with it too. All I can say is I definitely wore the wrong mascara that evening!

Time for you with River Retreats

Foxy Dining: The Lazy Pig In The Pantry