Michael McIntyre at The Elgiva

From grand palaces frequented by Queen Elizabeth I to the home of William Shakespeare, reminders of the Elizabethan era can still be found across England today.

Day 1: Playwrights and Monarchs in London
Visitors to London can get a taste of Elizabethan life with a trip to Shakespeare’s Globe, a reconstructed open-air theatre on the South Bank that is based on the Bard’s original 16th century playhouse. After watching a show or enjoying a guided tour, visitors can look forward to a refreshing pint in the nearby George Inn. First referenced in history in 1543, the original building is said to have been a favourite drinking spot of Shakespeare himself. Having been rebuilt in the 1670s following the Great Fire of London, today this historic venue is London’s last remaining galleried coaching inn.

Alternatively, history buffs can travel 21 miles north of London to soak up Elizabethan history at Hatfield House Old Palace and Hatfield House. Not only was the earlier palace the beloved childhood home of Queen Elizabeth I, it was also where she was told of her accession to the throne.

Day 2: Castles and Gardens in South East England
Garden lovers can look forward to discovering the family home of Anne Boleyn, mother of Queen Elizabeth, at Hever Castle and Gardens. Located just 30 miles south-east of the capital, in Kent, this double-moated castle dates back to 1270, and its panelled rooms host a spectacular collection of Tudor portraits and tapestries, in addition to the bed chambers of Anne Boleyn and King Henry VIII. Equally grand is the 125-acre garden, which is home to a giant topiary chess set, a 38-acre lake and a Water Maze, as well as a vast English Rose Garden packed with more than 4,000 rose bushes. 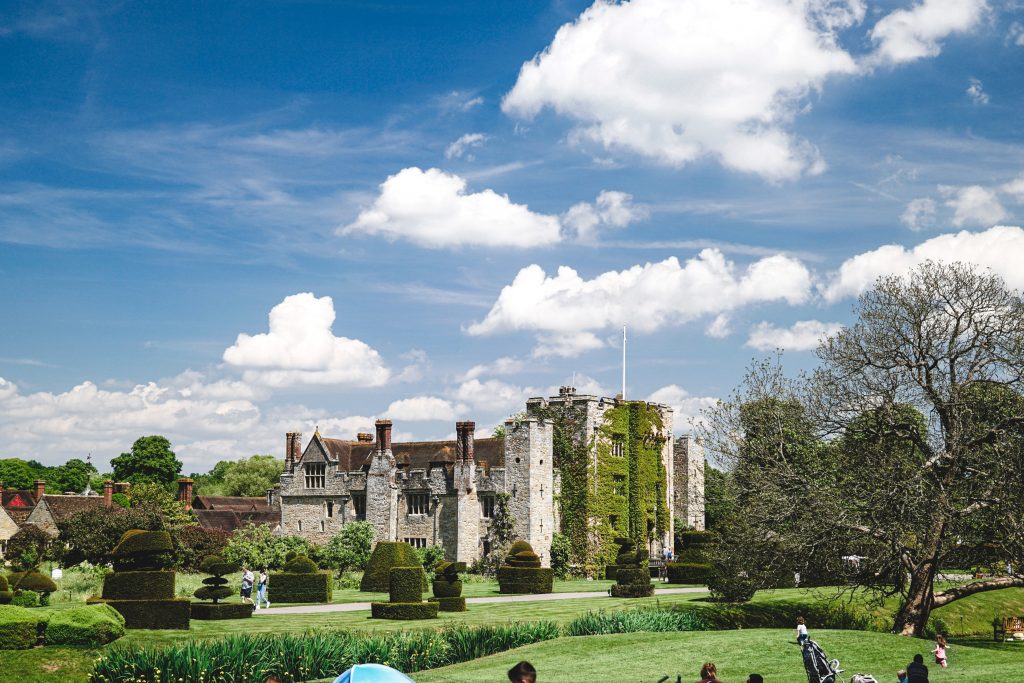 Another favourite for visitors’ Elizabethan bucket list is Loseley Park, a mid-16th century country house designed by Sir William More, at the command of Queen Elizabeth I. Situated 40 miles from central London, this spectacular mansion is a time capsule of British history, with opulent rooms filled with artefacts, including George IV’s coronation chair and cushions reportedly embroidered by Queen Elizabeth I herself. Fans of the Netflix series The Crown might also recognise Loseley as the filming location of the home of Lord Mountbatten.

Day 3: Mansions and Market Towns in South West England
Moving over to south-west England, Longleat House offers another glimpse into lavish Elizabethan life. This grand mansion once belonged to Sir Thomas Thynne, whose secret marriage to Maria Touchet, who was part of a rival family, is rumoured to have inspired William Shakespeare’s Romeo and Juliet. Throughout the 15 majestic rooms, visitors can browse centuries-old art and tapestry work. Outside, they can retrace historic footsteps in the formal and pleasure gardens, all framed by landscaped grounds designed by Lancelot ‘Capability’ Brown.

For another taste of everyday Elizabethan life, visitors can plan to stop at the market town of Devizes, located a short drive from Longleat, in Wiltshire. This historic town is home to more than 500 listed buildings, including along St John’s Alley, a cobbled street lined with timber-framed houses and shops that leads to a Norman church. Tradition also lives on through the Wadworth Brewery, which continues to deliver its brews around the town by horse-drawn dray each week, while shopping fans can look forward to stepping back in time at the town’s outdoor market, a retail experience that has stood since the 12th century. As well as the main Thursday event there are different markets held each day throughout the week, including a farmers’ market, antique market and independent craft fairs.

Day 4: The Home of Shakespeare in the West Midlands
Lastly, a dream Elizabethan itinerary wouldn’t be complete without a visit to the West Midlands and the heart of Shakespeare country, Stratford-upon-Avon. Home to key sites from the Bard’s life, future visitors can look forward to exploring his birthplace, which displays the ‘first folio’ published in 1623. They can also pencil in a visit to Shakespeare’s New Place, an art-filled commemorative garden standing on the foundations of his last family home, which is also where he penned many of his plays.

Another Stratford-upon-Avon essential is Anne Hathaway’s cottage, where Shakespeare would have courted his bride-to-be. Hall’s Croft, the former home of his daughter Susanna, is another shining example of Elizabethan architecture and comes complete with thatched roof and traditional timbers. Theatre fans can also plan to visit the nearby Royal Shakespeare Theatre, where the Royal Shakespeare Company put on a rich programme of modern and classic plays.

For a taste of Elizabethan romance, visitors can add a trip to Kenilworth Castle, a medieval fortress situated just twenty minutes’ drive from Shakespeare’s home. Once a hub of Elizabethan grandeur, the castle belonged to the Queen’s suitor, Robert Dudley, the First Earl of Leicester, who spent fortunes on new buildings to impress the monarch. That lavishness can still be seen today, both in the ornate ruins and opulence of the majestic Elizabethan-style garden.